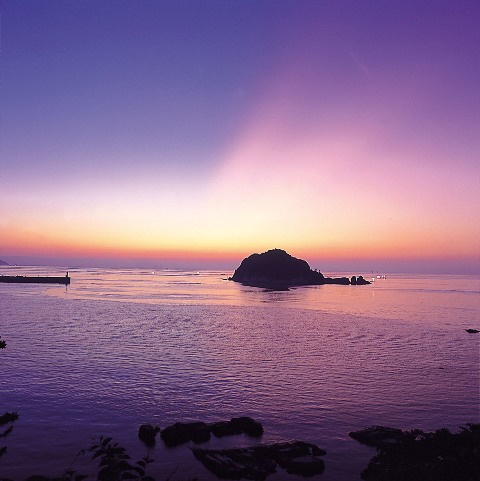 In July 2005, Kasumi-ku, Kami-cho was recognized as an area of the “100 Best Sunsets in Japan” selected by the NPO “Japan Archipelago Sunset and Asahi Village Development Association”.
In the Kasumi area, around Imagoura, between May and mid-September, you can see the varied coastline of San-in Kaigan National Park and the vibrant sunset over the horizon.
You can also watch the sunset over the Sea of Japan with the flowers of "Yusuge" blooming only from evening until morning.
The beauty of the sky and the colors of the sea, which change every moment, and the contrast between the sunset reflected on the surface of the sea and the light flowers, can never be forgotten.

After sunset, you can see the fishing fires (Isaribi) that line the horizon at dusk.
The fishing fires floating in the summer sea of Kasumi sway at the border between the sky and the sea, showing a fantastic beauty.

Things to see around Imagoura

This observation deck is located just north of the promenade of Imagoura Beach, overlooking the surrounding 270 degrees and realizing that the earth is round.
You can watch the sunset over the Kasumi coast and the Sea of Japan and the fantastic fishing fire.

View from the nose observatory of Obiki Deck

Senjojiki・・・One of the highlights of San'in Kaigan Geopark. It is called "Senjojiki:means 1000 tatamis" because it is a wave-etched shelf of tuff cut by the waves and has a large rocky area. You can enjoy flora and fauna observation and fishing on the nearby beach.

Frog Island・・・This is a frog-like island created by the erosion of andesite.Frog=Kaeru(in Japanese),Kaeru means come back or change.

So,it is said that the men who sailed on the Kitamae ship prayed to return to the land (frog) safely. It is said that the wish of "changing something" comes true, such as returning lost items or changing one's personality.
It is one of the power spots in the town. 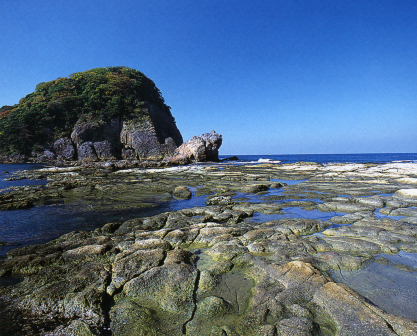 In addition, there are many other highlights, such as the "Sakura Namiki" and the "Yususuke colony".
For more information, please refer to "Imagoura Family Park Tekuteku Map". 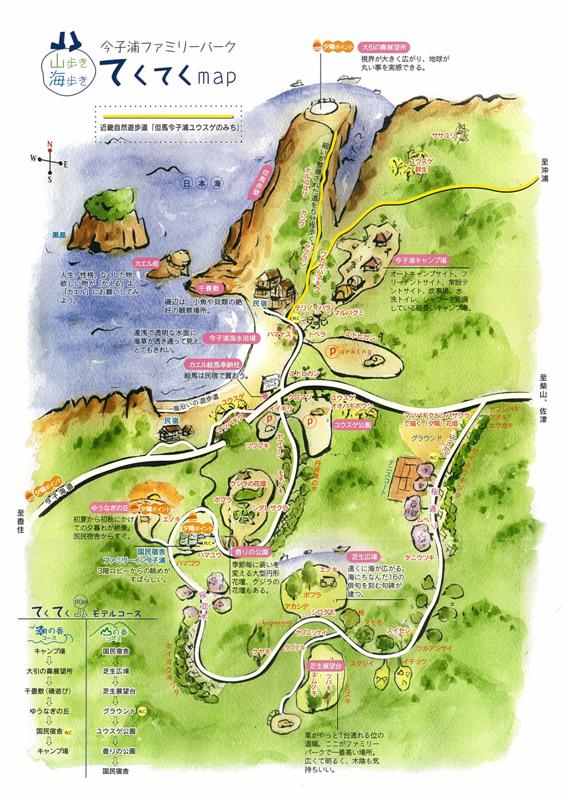 Sunset spots other than Imagoura

In Kami-cho, there are various sunset spots besides Imakoura, and you can see a wonderful sunset besides the photos and places described here.
How about finding your own sunset spot.

Fishing fire from around Amarube  Lighthouse